Welcome to our world

Our Year in Pictures

Wishing you a happy and prosperous new year in 2013.

In our last post, we announced that Scott and Mark are attempting the National 3 Peaks challenge this year. With 5 walkers we decided to go with 5 charities. Scott’s choice was a no-brainer. When he was 2 years old a family moved into our street in Romsey. They had a young boy called Nick, a year older than Scott who suffered from a genetic ailment called Barth Syndrome. We knew very little about this disease and this was common, the syndrome had only recently been discovered and more information was being discovered. This genetic condition affecting only boys can cause the following symptoms: see the medical brochure

They became best friends (this is them today)

and so for Scott the opportunity to raise money for his best friends charity which is led by Nick’s mother Michaela is a privilege. Scott is doing something that because of his condition Nick would never be able to do.

Scott is completing the challenge to raise money for Barth Syndrome Trust, a charity that is set up to help diagnosis, fund research and provide support to families with Barth boys.

So far he has been training in the southern uplands of the Scottish borders. A spectacular walk on White Coomb (804m)via the Grey Mares Tail waterfall, the local Tinto Hill (707m), an early morning start on Coulter Fell (748m) & Broad Law (840m), the highest peak in the southern uplands. The weather has thwarted his first attempt at Ben Nevis this easter break, so it looks like his first trip on the three peaks will be for the 24 hour attempt.

You can sponsor Scott and the others doing the challenge online by visiting www.sponsor-me.org/3peaks2012

Our pictoral review of 2011

Scott & Mark to take on the National 3 Peaks Challenge

So time to update on here what is happening on this. Scott and Mark with the help of 4 others from the local church congregation are embarking on the national 3 Peaks challenge at the end of May. The challenge is to hike the highest mountain in Scotland, England & Wales in the 24 hours.

This is being done for 5 charities, one of which is very close to Scott as it is his best friend Nicks charity, Barth Syndrome Trust.

www.lisagilmour.com is now up and running. Lisa is posting updates on the upcoming RAODS youth production of Bugsy Malone and also on her work as a L.A.M.D.A coach, drama teacher and childminding.

So it’s about time we freshened up the look of our family website, so we have changed the colour scheme a little and hope to publish a few things every now and again.

Hope the like the new feel to the site. 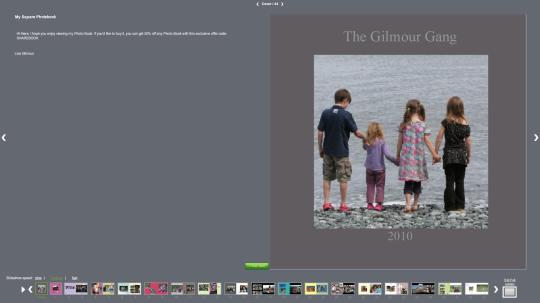 As we look back with fondness on 2010, we look ahead with anticipation to what 2011 has in store for us.
Happy New Year, may it be full of joy & happiness.

Thoughts of a stake president

The Gilmour's Diary
Blog at WordPress.com.